Dressmaking Techniques: How To Sew A Shaped Armhole Facing

​An armhole facing is perhaps one of the easiest and most conventional ways to finish a sleeveless garment. 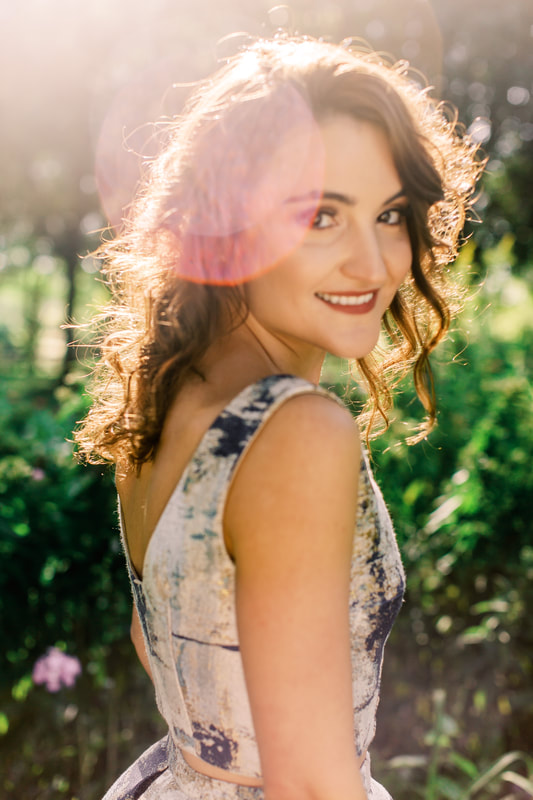 While there are a few facing varieties, including bias strip facings and all-in-one facings, in this tutorial, you’ll learn how to sew a traditional shaped armhole facing. ​
​A shaped facing is cut identical to the shape (or shapes) it faces. In this case, the front and back portions of the armhole edge are clean-finished with a facing that is cut identical in shape and size.
One armhole facing style is constructed of two pieces that cover the front and respectively the back portions separately. The two pieces are connected with shoulder and side seams similar to the garment’s armscye. This facing style is covered in the example below.
Another shaped facing style is constructed of a single fabric piece which is cut to cover both the front and back portions of the armhole. It features a single seam, usually corresponding to the side seam.
Regardless of which type of facing you use, the garment's armhole seams and all facing seams should be stitched, finished and ironed prior to sewing the two edges together.
​In addition, it helps to clean finish the outer edge of the facing before sewing it to the armhole edge. Not that you won’t be able to do this after the fact, but it is simply much easier to handle this curved edge beforehand.
Check out some of these facing edge finishing techniques: Finishing Facing Edges
Your pattern set should provide the armhole facing patterns and specify how many pieces of each you need to cut. The example below uses a pattern piece for the front armhole and a separate one for the back armhole. Two of each pattern piece should be cut to cover the two armholes.

Attaching A Shaped Facing To A Closed Armhole Edge

​1. Cut out the corresponding front and back facing pieces using the patterns provided in your pattern set. You can also draft your own armhole facing patterns using the garment pattern by following the steps in this tutorial: How To Draft A Pattern For An Armhole Facing.
​At this point, you should have two (2) front facing pieces and two (2) back facing pieces. The pieces in each pair should be the mirror images of each other (in terms of the fabric’s face side).
2. Start by aligning the front facing pieces to their corresponding back facing pieces such that fabric right sides are touching, and the side seam and shoulder seam edges are aligned. ​Pin.
The top horizontal seam corresponds to the shoulder while the semi-vertical seam at the bottom corresponds to the side seam.
3. Stitch the facing shoulder and side seams at the designated seam allowance- ½” in this example.
​If your fabric is thick and bulky, trim the seam allowance down to half its width to minimize bulk in the finished armhole.
4. Iron the seam allowance edges open on both seams as shown.
Clean finish the facing outer edge using the finish of your choice. In this case, a serging stitch is used.
Before sewing the facing to the armhole edge, make sure the garment shoulder seams and side seams are stitched, clean finished (as directed or using the method of your choice), and ironed in the proper direction.
​5. With the garment on its right side and the armhole facing on its wrong side, align the unfinished/inner edge of the facing to the garment’s armhole edge such that the shoulder and side seams are perfectly matching and overlapping, and all raw edges align.
6. Insert pins perpendicular to the edge through the seamlines first, then along the rest of the matching armhole and facing edges. For optimal comfort during machine stitching, the pins should be inserted on the garment side as shown.
​For extra stability during stitching, hand baste the two layers together.
​7. With the garment layer facing up, machine stitch the facing to the armhole edge at the designated seam allowance (1/2” in this case). Due to the oval shape of the armhole curve, stitching with the garment layer on top provides more comfort in the stitching process.
8. To minimize bulk and allow the armhole edge to lay flat, trim the seam allowance down to half its width and notch it for tension release. Wedge notches are especially helpful along the most curved portion of the underarm.
9. Extend the facing layer and all seam allowances away from the garment and iron the facing seam in this position as shown. All seam allowance edges should be aligned underneath the facing.
​10. Keeping the facing in this extended position, stitch through the facing and all seam allowance layers underneath at about 1/8” away from the facing seam as shown. This is called understitching and will prevent the facing from rolling towards the outside of the garment, while also keeping the faced finished edge smooth and lying flat.
​11. Bring the facing to the inside of the garment, and overlap the facing’s shoulder and side seams to those of the garment. Doing this first will naturally position the armhole facing in place.
​The faced armhole edge should be smooth with no visible stitching on the right side of the garment. Carefully iron the finished edges in this position- it helps to use a sleeve board for this process.
12. Last but not least, use a whipstitch or a cross tack to connect the facing layer at each one of the garment seams. A cross tack is used in this instance.
​The tack should be applied through the edge of the facing layer and the garment seam allowance at each seam. Again, no stitching should be visible on the right side of the garment.
​The final tack application ensures that the facing layer is permanently directed to the inside of the garment and remains in place during long term wear and care.