What Are Darts And Dart Components

​Darts are triangle shaped intakes that are sewn into a garment to give it a 3-dimensional shape according to the body’s contour lines. 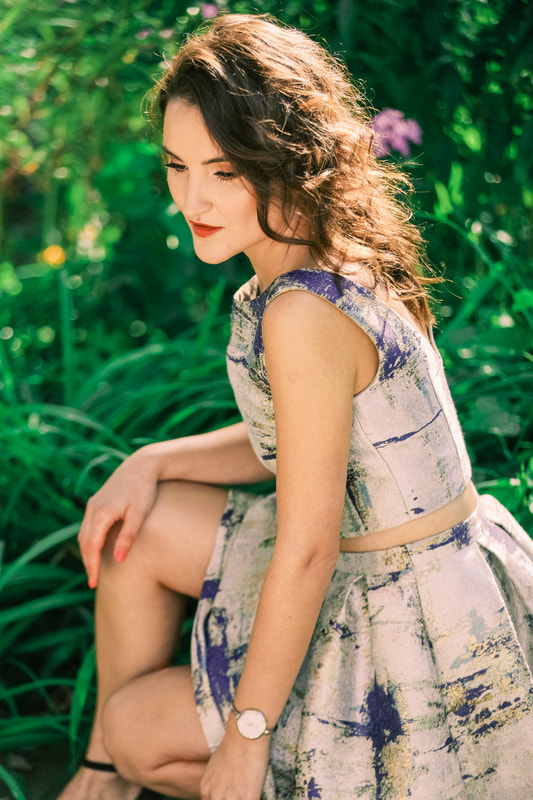 Darts are essential structural elements in dressmaking. They turn a flat 2-dimensional fabric layer into a 3-dimensional organic shape. Although very simple in shape, the amount of dart excess and the darts’ location on the body should be decided correctly based on body type and desired fit.
Darts have four (4) important components: two (2) dart legs, a dart fold line (center line) and a vanishing point.
​For single pointed darts, each dart line (including fold line and dart legs) are marked with a notch at the dart’s widest part to facilitate the dart transfer process. In addition to notches, all dart lines should be transferred from the pattern onto fabric using one of the methods described in this tutorial: Marking And Transferring Darts To Fabric
The transferring method used should be decided based on type of fabric first, and as desired based on tools and preference second.

The two dart legs should overlap perfectly on top of each other in the folding process. The dart legs, which are transferred from the pattern onto the fabric, provide a stitch line to follow at the dart construction stage.
The dart fold line or center line is located exactly down the middle of the dart, equidistant from the two dart legs. It facilitates the dart folding process by aligning the two dart legs directly on top of each other when the dart is folded down this fold line.
The vanishing point is the angular point where the two dart legs and center line meet. It is also the point where the dart blends into the flat surface of the fabric.
A smooth stitch transition at the vanishing point will provide a professional, clean garment. ​

Types Of Darts And Their Location On The Garment

In a fitted, non-stretch woven garment you should expect to find darts at the hip area, waist, upper back, bust, and sometimes shoulder blade. The widest area of the dart corresponds to the small portion on the body (usually waist) tapering into a wider part of the body (bust, hip or upper back).
Bust darts, for example, are positioned horizontally, extending from the side seam and tapering towards each Apex (highest point on the bust). They are a unique fit element providing more shape and 3-dimensionality to the bust area.
There are three types of darts used in dressmaking, with some being more widely used than others.

French darts are less widely used in dressmaking and can only be located on the front of a garment.
This unique dart style extends diagonally from the seam to either the hip or bust. ​
French darts can be slightly curved or completely straight.
They have a unique construction process due to the fact that the excess requires to be trimmed and sometimes clipped for tension release (in the case of curved French darts) prior to stitching. ​
To learn how to sew a French dart, follow the steps in this sewing tutorial: How To Sew A French Dart

Contour darts or double-pointed darts are found on fitted dresses, blazers, coats and tunics, providing a fitted intake at the waist and two vanishing points extending in opposite directions.
A contour dart is similar to two waist single-pointed darts placed together at their widest ends. Front contour darts have a top vanishing point tapering towards the bust and a bottom vanishing point tapering towards the hip.
Similarly, back contour darts feature a top dart point located at the widest part of the back and a bottom point tapered towards the buttocks.
​Contour darts are usually sewn in two steps, always starting at the widest excess and extending towards each vanishing point separately.
If the dart’s intake is too wide, it will create some tension issues. In this case, it is necessary to clip it horizontally at its widest part (waist) for tension release. ​
This step may not always be appropriate especially for unlined garments where the dart excess is exposed on the inside of the garment. Only use the clipping method when the finished contour dart does not lay flat. ​
​To learn how to sew a contour (double-pointed) dart, check out this sewing tutorial: How To Sew And Iron Contour Darts